With Hirsch/Stern Productions and Story Syndicate 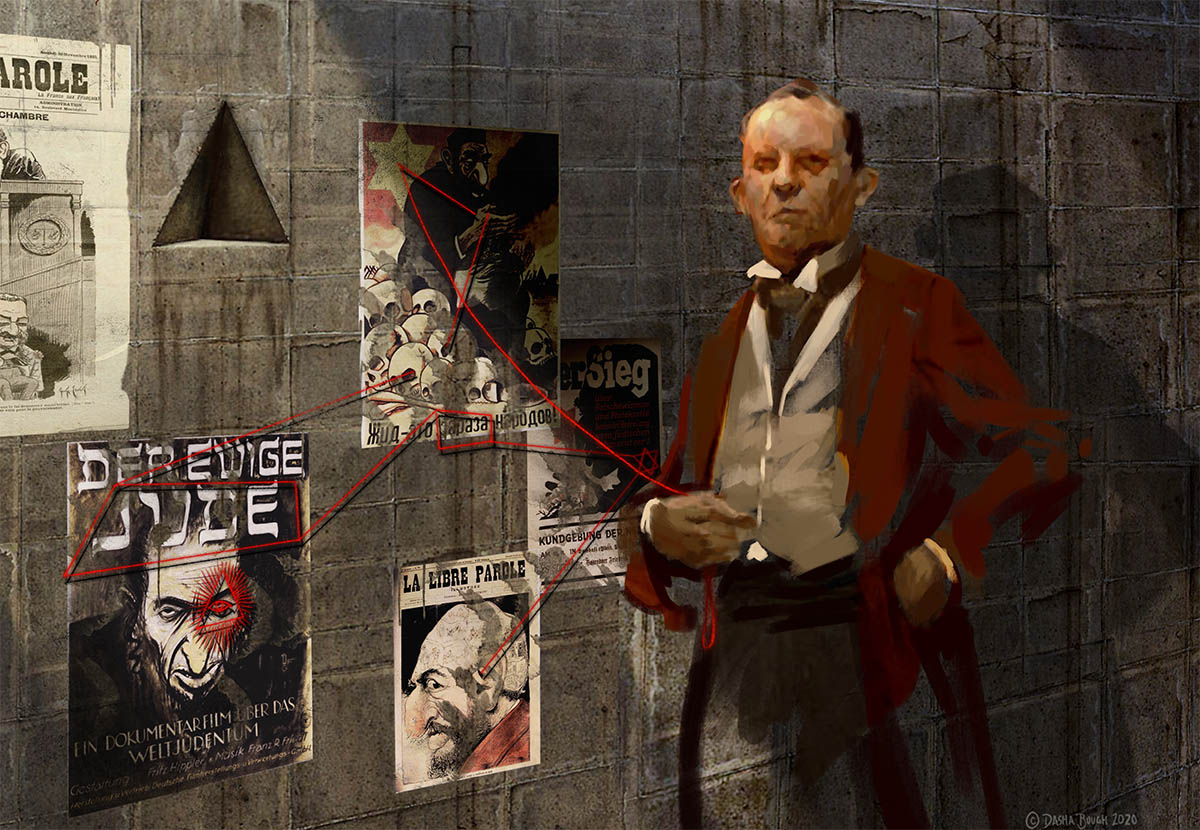 From the fevered imaginings of lunatics to the mainstream, The Conspiracy charts the rise of the biggest lie ever told: that a dangerous cabal of powerful Jews controls the world.

In times of extreme anxiety and disorientation, people are often drawn to conspiracy theories. Disinformation and delusion, emerging from the fringe, capture the minds of many. Today, fueled by social media algorithms, conspiracy theories once confined to the margins are going mainstream across the world, phantasmagoric tales of a rich and powerful cabal committing unspeakable acts as it controls the fate of nations. But beneath the surface, the latest pronouncements of Qanon are a retread of an age-old myth. Behind the torch-bearing chants of “Jews will not replace us” we find the original conspiracy theory: the lie that Jews are somehow dangerous. The Conspiracy is a feature documentary about the millions around the world who came to believe this lie, the fanatics who cultivated it across the centuries, and three Jewish families cast as villains.

Director Maxim Pozdorovkin has teamed up with Hirsch/Stern Productions and Story Syndicate in order to tell this ambitious and necessary story. To bring it to life we will break new ground in bringing cutting-edge animation techniques to documentary film, creating a new synthesis of animation, archive, and historical sources. The animation department will be led by director of animation Dasha Bough and the production and editing by producer Joe Bender and editor Matvey Kulakov.

The Conspiracy is currently in production.

The Town that Shot the Sheriff

How to Rob Banks for Dummies